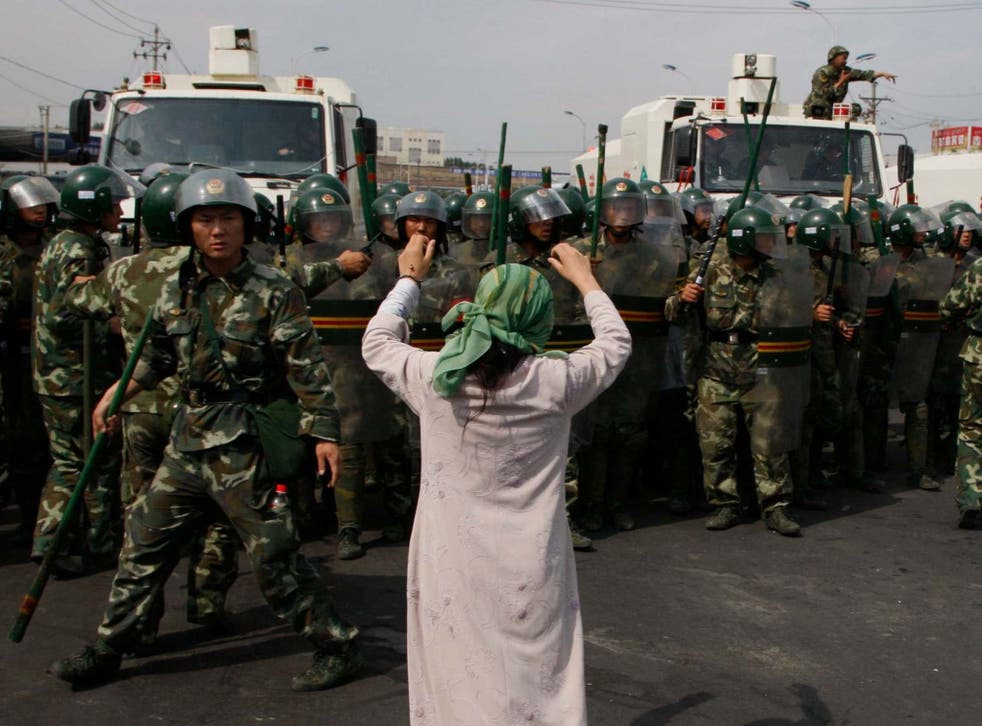 Scroll to the bottom for action items.

First, who are Uyghurs?

Uyghurs are an ethnic group whose homeland, East Turkistan, has been occupied by the People's Republic of China (PRC) since 1949, in a similar political situation to Tibetans. Uyghurs are Turkic, the majority of whom identify as Muslim. They speak the Uyghur language, and are culturally more aligned with Central Asia. The PRC renamed the region "Xinjiang Uyghur Autonomous Region" (or Xinjiang for short) after annexation - Xinjiang means "New Colony" or "New Territory" in Mandarin.

Note: The Chinese government recognizes 55 "ethnic minorities" who make up China, with the 56th ethnic group, Han, being the majority. This is why Uyghurs are described as a "minority" even though they are not a minority in their homeland. East Turkistan is also home to Uzbek, Tatar, Kazakh, Sarikoli, Mongol, and other communities who are increasingly subjected to the same oppression as Uyghurs. Most of those who have been able to escape the concentration camps are, or are related to, Kazakh nationals.

The July 5 incident began with a peaceful protest to point out the injustice surrounding the case of the murder of two Uyghur workers in a factory in Guangdong earlier that year. Eyewitnesses state that security forces fired on the demonstrators, and violence erupted in the city leading to an unknown number of deaths. In the subsequent days, security forces swept the city  conducting mass arbitrary disappearances.

What has happened since?

The roots of the current Uyghur statelessness crisis lie in the official response to peaceful July 5 protests in Ürümchi—a brutal multi-year crackdown that forced many Uyghurs to flee their homeland, followed by systematic atrocities now recognized as an ongoing genocide.

While systemic repression was not new in the region, the measures taken by the Chinese government post-2009 has brought the situation to an extreme. Because of the military & police presence, surveillance, censorship, and tight controls on movement even within a city, the region has been described as an open air prison or police state by many outside observers. "Re-education" camps, mass arbitrary arrests, and forced labor factories have become the norm particularly in the last few years, specifically targeting Uyghurs and ethnic groups who are not Han Chinese. A system of surveillance where over a million government officials intrude and sometimes live in the homes of Uyghurs has been enforced. As many adults have been sent to camps, prisons, or factories, instances of abuse of power in these situations have lead to rape and forced marriages. The detainment of so many adults has meant family separation and the removal of Uyghur children into state "orphanages". Even more sinister is the use of global resources and new technology to regulate all aspects of life, including Uyghur bodies; a system of organ harvesting and forced sterilisation has been reported in the camps. The number of people who have simply disappeared increases each year, and it is unclear how many people have died due to the overcrowding and abuse faced in the camps.

This is simply a brief look at the human rights abuses being committed by the Chinese state on Uyghurs and other ethnic groups in this region. These forms of state controls have had disastrous effects on the ability to learn of Uyghur heritage, culture, or even religious practice, since even their most harmless aspects has been criminalized and deemed 'suspicious' enough to grant a stay in a concentration camp. Even if the government were to stop the genocide now, these policies will continue to have traumatic effects for the generations to come, both on our culture and identity, as well as our physical and mental health.

What can we do?

Often, there is no legal course of action people can take in East Turkistan in order to dispute detainment in camps or prisons. While the oppression has targeted ethnic "minorities", Han Chinese lawyers who want to help Uyghurs are also turned away or threatened with government retaliation.

Uyghurs and human rights supporters have no choice but to act from outside the region, particularly since it has become almost impossible to communicate to our families within the region, let alone visit ourselves.

Contact your Congresspeople to urge them to co-sponsor the:

A country that is committing genocide should not be allowed to host any Olympic event. The last Olympic event that was held in China was in 2008, and clearly the situation in China has simply gotten much worse for Uyghurs, Tibetans, Hong Kongers, Inner Mongolians, and so many more, including those outside of China in Taiwan and other surrounding countries.

Join our coalition (with Tibetan, Taiwanese, and other human rights groups) to protest Volkswagen.

Despite the ongoing genocide, VW opened up a factory in Urumqi, East Turkestan. This is no different to their collaboration with the Nazi regime during World War 2. We cannot let greedy corporations get away with their despicable crimes against humanity. In order to shut down the factory, there are protests happening across the globe in more than 30 cities. Please join us on our weekly protests in Boston area.